Jason fought and won a trial for his client on all four felony counts.  Jason's client was wrongly accused by someone they did not know.  Jason fought back against an aggressive prosecutor and the jury returned a verdict of not guilty to all counts.  The judge said he had never seen an attorney have such effective interaction with potential jurors during jury selection. 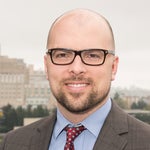 Jason Lantz, attorney at the Law Offices of Geoffrey Burg, LLC, focuses his practice on criminal and DUI defense. Jason obtained his B.S. in Life Science from Kansas State University and graduated from Seattle University School of Law with honors. Jason has been one of the leaders of the Washington Draeger Litigation Project since January 2015. The Draeger is Washington state's relatively new breath testing machine. Jason has spent hundreds of hours researching the Draeger Alcotest 9510, talking to experts, and coordinating litigation. His Draeger work was recently featured on the New York Times television news program "The Weekly."

We welcome contact 24/7 and will get back to you quickly. Please note: There can be no attorney and client relationship between our firm and any individual, nor any duty to act on their behalf, until there is a signed fee agreement.

Please complete all required fields below.